Home / School Blog / STEAM / The Evolution of Robotics at OYIS 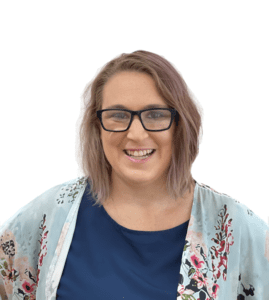 Ms. Patty has been an avid robotics enthusiast over the last decade, especially when it comes to helping students discover their passion for engineering, design, or programming. She believes that the future will involve many variations with robots and robotic technology, so it is important to show our students just how easy it is to design, build, and program a robot to do simple tasks. 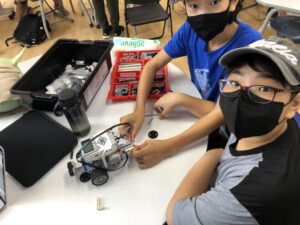 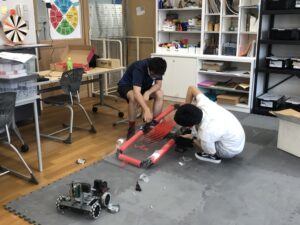 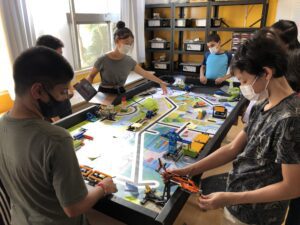 Our world is ever-changing. When we look and talk about the future, we talk about how we can live sustainably, continue to progress on this planet, and how different technology is going to look. My goal at OYIS since day one was to get a robotics program up and running. And within the last three years, we have had a lot of firsts associated with that goal. There has been a lot to celebrate!

This year is our third year of First Lego League (or FLL) Robotics. This is an established organization within Japan and has been challenging for us to break into due to the language of communication being Japanese. Two years ago we had four students go to the first competition in Nagoya. We didn’t do great, but we weren’t in last place. Last year due to COVID, we weren’t able to compete in person. However, our two teams did very well and one team was almost able to compete at the national level. This year we have one team, but with 10 MYP students working together and living the Core Values of FLL, they have a good shot at qualifying for nationals.

This year was also our first year of VEX Robotics Competition or VRC with six students at the high school level. VEX robotics is a much more advanced level of robotics. Students are no longer working with plastic lego pieces but real metal parts and high-pressure gears. This additional complexity challenges students to construct robots to do many different tasks, from lifting heavy objects to picking up rings, cubes, or balls. This year’s competition is called Tipping Point and students are challenged to get as many points as possible in a small window of time against an opponent in the VEX field. The VEX competition relies heavily on well-thought-out engineered robots in order to do well.

Robotics is not a cheap field to get started in. Robots, competition pieces, fields, extra equipment, and competition fees have been a challenge. But we have a pretty amazing community that has helped support our students over these last couple of years. Last year we were able to get help from the PVG (Parent Volunteer Group) to purchase the game pieces for this year’s competition. This year, we fundraised, using the sale of special “OYIS Element Inspiration” shirts to build the VEX competition perimeter. Currently, students are fundraising to get their team to Tokyo and compete against some of the best teams in Japan, as well as to qualify for the VEX World Tournament and represent Japan.

All of this comes from hard work from different stakeholders in the community. And we thank those who have helped these students’ passions come to fruition. We have spent many Saturdays at school, talking about how to solve problems with our robots, what is going on with programming, and how we can leave a positive impact on the world.

While in the MYP we do robotics at each grade level for one unit, that exposure to engineering and programming has guided some of our students onto a STEM path, leading towards university. It’s really inspiring to see kids excited when their robot does what they worked weeks to months building and programming it to do.

In the coming weeks, our FLL Team will compete on December 11th against 100+ teams around the country to qualify for the national FLL Japan event. Our VEX Team will travel to Tokyo in January to compete against some of the best teams in the country.

The dedication of these students is inspiring. It’s not every day you have kids wanting to come to school on a Saturday. But seeing them get excited about this season’s challenges, persisting when things weren’t working for their goal, and actually seeing the success of their hard work is why I love working at OYIS and with our students. Students who are eligible for Grades 10 or 11 in August 2023 are invited to take the 2022 Scholarship Exam. This exam is the first step to potentially receiving the OYIS Achievement Award. IB – Building Bridges For Your Child

At OYIS, we are proud to be an IB World School that offers the PYP, MYP and the IB Diploma.

But what do those acronyms actually mean for your child? When I started learning Japanese, I began with the basics.

Saying hello, thank you, ordering food. That kind of thing. And then I bumped into a word that made me stop and think… Studying, completing assessments, sitting the exams. Sometimes students may wonder if that is all there is to the IB Diploma Programme. This question can especially arise at the beginning of the DP, as the concept and focus of learning gradually moves away from the mostly inquiry, project-based MYP Programme.